Around Notre Dame on City island

The City Island housed the first palace of French Kings and also administration and justice. In the 12th century, old Saint-Etienne church was replaced by Notre-Dame cathedral. If most of the old narrow streets were destroyed by Baron Hausmann in the second part of the 19th century, it is still possible to see the court, the Conciergerie and the Sainte chapelle, gothic jewel, but also other secret remains which I will be delighted to show you. 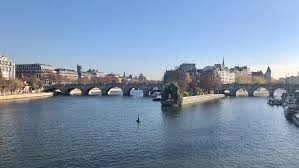